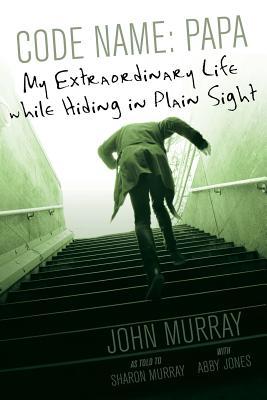 Read below to find out how you can WIN a free copy of this book!

After a nice little walk, talking all the way, we came to the study. The butler opened the doors for us, and then quietly closed them behind us.

Panicking a bit, I blurted out, “Jake, just who in the hell are you?” He calmly replied, “It’s not who I am; it’s who my father is.”

I took a deep breath and asked Jake for a drink; he asked what I wanted and I said a Jack and coke with one cube of ice. Bill wanted a beer. As Jake fixed the drinks, it dawned on me that in every room in the house, there was someone available to wait on us, but not in the study.

We made small talk while sipping our drinks. At precisely three p.m. by the clock on the wall (and not by my watch because I had a weary old Timex), the big doors opened and Jake’s father walked in. Smiling, he asked how our stay had been. Jake asked his father if he could fix him a brandy. He replied, “Yes, I’ll have a brandy, very small.”

I noticed all the bottles at the bar were top of the line brands. Other than the Jack Daniels, I’d never heard of them. But the brandy Jake’s father asked for was Christian Brothers that struck me as odd given how inexpensive it was compared to the rest.

Jake’s father began talking about the day he’d received word from me about my injuries, where I was, and how I needed help to get home from Japan. Other than this brief review, he spoke about nothing out of the ordinary.

Finally, he said, “Gentlemen, what I’m about to discuss with you must remain within these four walls. If you disagree or do not want to be any part of it, or have no desire, I demand our conversation be left here. Do you agree to that?” Of course, we agreed. I briefly glanced over at Jake, trying to pick up if there was something I could get from his expression, but there was nothing. He did the same thing as we did: He just looked directly at his father.

His father continued, “There is an organization, and my position in the organization is second in command, and this organization is what you might call ‘peacekeepers.’ We are not soldiers of fortune; we work within the confines of the United States government. You might say we’re legal on one hand and illegal on the other. You will never, if you choose to become a part of this, receive a paycheck from the U.S. government, but you will be paid and paid well through a dummy corporation. My son Jake will hopefully be able to be the front man for your group. If you choose to join us, there is a lot of training involved. It will consist of four months of physical and mental training— and I do mean training. You will see and do things you’ve never done or heard of before in your entire lives. is work will involve going after people who are a threat to national and international security. Your wives, your children, and your best friends will never be able to know what you do for a living.”

“Now Bill, you’ve already been set up because you now, through my help and in other ways unknown to you, have a logging company. Your company is a cover.”

Turning to me, he said, “Your cover is yet to be determined. It probably will involve many things. Possibly we’d set you up in real estate, because that’s an avenue that might free you up to move at a moment’s notice without arousing suspicion. (It turned out, however, Papa decided my cover should be that of a construction engineer, hired by a European firm.) Jake, you already have an avenue; you’re an attorney.” I don’t know why, but Jake’s father’s statement shocked me with this disclosure. Who knew?

Looking at us very intently, he asked, “Does anyone want to leave before I proceed further?”

After a lifetime of working for a secret international group, John Murray finally reveals his journey with the help of his wife, Sharon, and co-writer Abby. His memoir, Code Name: Papa – My Extraordinary Life While Hiding in Plain Sight, details his time within an organization that, while not connected to the US government, operated with the full blessing of top people in our government.

“With this book, I hope to educate the public and open up the conversation about what our country and others have really done on dangerous secret missions to help the world,” says John Murray (Papa), who deftly tells his fascinating and memorable life story, laying out facts but leaving it to readers to determine how they feel about each mission.

The highlighted missions include the deaths of eight counter covert operators in a major Las Vegas hotel conference room during a mission that has “stayed in Vegas” until now; a European mission to save sex slaves from major drug dealers; a successful all-out effort to save a small European country from takeover, and much more.

These are real stories, gritty and true—not the fantasy world of James Bond, Scandal, and others.

Who’d have thought a bright, but fairly ordinary young man from middle class America who got just above average grades, dated the same girl throughout high school and went to church most Sundays, would grow up to eventually head a very secretive band of brave individuals–both men and women–who regularly put their lives on the line because they wanted to protect the rest of you. Yet that’s what we did, often sacrificing our personal lives (four marriages for me, all in the book) and our health (countless broken bones, major surgeries, even death) to do it.

Meanwhile you’re just going to have to call me “Papa” like everyone else around the globe has through most of those wildly unpredictable and dangerous years.

“I highly recommend this book to anyone who is interested in what really happens to bad people who threaten the safety and well being of our world. It was a page turner that I could hardly put down.” – S. King

“I typically do not take the time to write reviews. However, this book was so incredibly riveting that I felt compelled to let other Amazon members know that it’s an honest-to-goodness page turner. I can’t wait to see what happens next…hopefully a sequel and movie!” – Max’s Mom

“The story is riveting, once you start reading you won’t want to put it down! Learning about these undercover missions involving the cooperation of several nations is mind boggling.” – L. Lynch

For the sake of their own safety and that of their loved ones, the writers have chosen to move forward in revealing this story under aliases.

A Vietnam vet, John Murray, later known as “Papa,” has spent the majority of his adult life working as an undercover agent for the U.S., Canadian and various European governments. During this time, he rose from agent to the head of US Operations.

John was raised in the South by his grandfather who taught him at an early age how to survive by hunting and fishing, which all served him well for his future. He firmly believes that if he had not had the guidance of his grandfather and others who influenced his life that he never would have survived the ordeals that he did.

John, who enjoyed a very average American childhood, always wanted to be a ‘normal’ husband and father, but you’ll eventually understand why that was impossible.

Papa and his crews bore the responsibility of taking care of much of the world’s evil – evil that could never have come to the public’s attention.

Now retired, he and his wife are living in a small rural Western town. As ‘normal’ as he tries to live, he will always be haunted by the visions of what he saw and what he tried to prevent or rectify.

Sharon is a retired business executive who has lived in many parts of the US and in Asia.  Happily married to John for over five years, she had no idea about his work until she experienced his nightmares about the past.

After discussions about how she might help John, he asked Sharon to help him write his memoirs just as something to leave behind, unpublished. After several years of working on them, Sharon convinced John it was a story worth telling to the world.  Working on this project has helped John start to face some of the things he experienced while trying to be a good guy in a world gone awry.

This is Jones’ fifth book.  She also writes for numerous magazines.  The original manuscript was handed off to Abby, a friend of Sharon, who has a reputation for her easy, conversational writing style.

Abby worked with John and Sharon for approximately eighteen months to make sure John’s voice was never lost in the rewrites.  She notes that both John and Sharon were wonderful to collaborate with via phone, computer and text.  By the way, she has never met John!

Abby currently lives on the West Coast. She has traveled extensively and lived in many other parts of the US as well as in Europe.

Code Name: Papa—My Extraordinary Life while Hiding in Plain Sight is the first in a planned trilogy. John, Sharon, and Abby are currently working on the second book, about Papa’s mentor, Amy.

To learn more, go to:

Want to snag your own copy of Code Name: Papa? We’ve got one Kindle copy up for grabs- just head on over to our giveaway page and fill out the form to be entered to win!