At the insistence of his girlfriend Kate, Mac reluctantly joins the Palmetto Paranormal Society, a small group of ghost hunters who investigate local historic buildings for signs of supernatural activity. It all seems like innocent fun- that is, until the society’s president is discovered dead at the foot of a staircase during an investigation.

Though the death is ruled an accident, one question lingers in Mac’s mind. Why did no one hear the man fall down the stairs? Mac decides to do a little prodding of his own into the case- and when the late president’s secretary turns up dead in an apparent suicide, he knows he’s stumbled onto a much deeper mystery than he first suspected…

Private Investigator Mac McClellan is back in yet another high-octane mystery from the Mac McClellan mystery series by author E. Michael Helms. With his characteristic wry humor and devoted tenacity, Mac must sort his way through a tangled web of deception and bizarre circumstances that challenge his very beliefs in the supernatural. Do ghosts really exist, or is there something far more sinister at work?

Deadly Spirits can be read as a stand alone, but fans of the Mac McClellan series will recognize many familiar faces from previous books, including Mac’s sassy girlfriend Kate, smart-mouthed Deputy Dakota Owens, as well as Mac’s trusty doberman Henry. A fast and thrilling read for mystery lovers, with plenty of twists to keep you guessing! Highly recommended.

I received a free copy of this book in exchange for an honest review.

To read more reviews of this book on Goodreads, click HERE

To purchase your own copy of Deadly Spirits on Amazon, buy HERE 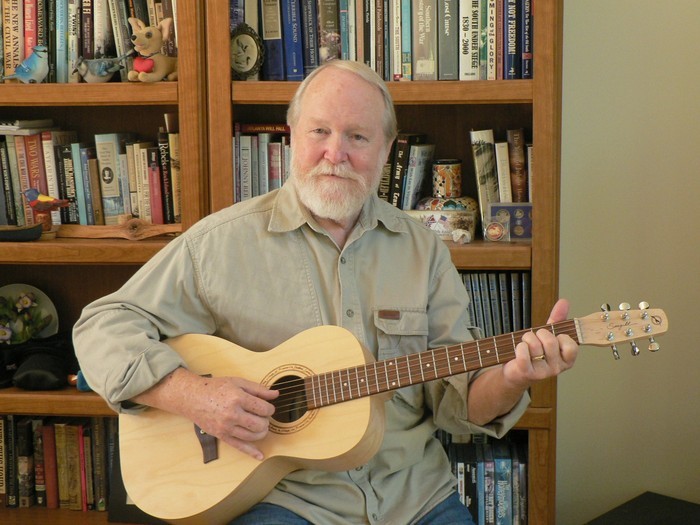 E. Michael Helms grew up in Panama City, FL. He played football and excelled in baseball as a catcher. Turning down a scholarship offer from the local Junior college, he joined the Marines after high school graduation. He served as a rifleman during some of the heaviest fighting of the Vietnam War until wounded three times in one day. Helms discounts it as “waking up on the wrong side of the foxhole.”

Helms’ memoir of the war, “The Proud Bastards,” has been called “As powerful and compelling a battlefield memoir as any ever written … a modern military classic,” and remains in print after more than 20 years. His military writings have also appeared in the books: “Semper Fi: Stories of U.S. Marines from Boot Camp to Battle” (Thunder’s Mouth Press, 2003); “Soldier’s Heart: Survivors’ Views of Combat Trauma” (The Sidran Press, 1995); and “Two Score and Ten: The Third Marine Division History” (Turner Publishing, 1992).

A long-time Civil War buff, Book One of Helms’ two-part historical saga, “Of Blood and Brothers,” was released September 2013. Book Two followed in March 2014. Seeking a change from writing about war, Helms decided to give mysteries a try. The first novel of his Mac McClellan Mystery series, “Deadly Catch,” was published in November 2013 and named Library Journal’s “Debut Mystery of the Month.” The second Mac McClellan Mystery, “Deadly Ruse,” premiered in November 2014.

While concentrating on his mystery series, Helms dusted off a manuscript dealing with Post Traumatic Stress Disorder that sat in his desk drawer for over two decades. “The Private War of Corporal Henson,” a semi-autobiographical fictional sequel to “The Proud Bastards,” was published in August 2014.

With his wife, Karen, Helms now lives in the Upstate region of South Carolina in the foothills of the beautiful Blue Ridge Mountains. He enjoys hiking (when his body cooperates), camping, canoeing, and is an avid birdwatcher. He continues to listen as Mac McClellan dictates his latest adventures in his mystery series.

You can learn more about this author and his books by visiting emichaelhelms.com