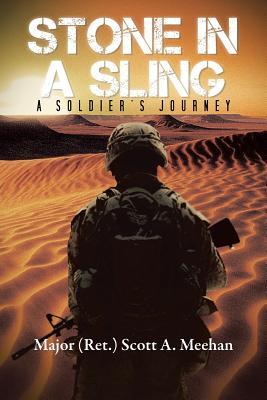 Whenever I fell asleep, it was sound. I worked from 0700 hours until midnight, six days a week. I had to—in a war zone. I remember when morning came too soon once. It was an hour too early. The thunderous boom jolted me awake instantly. My eyes opened and I stared at the metal ceiling above me. Based on the explosive impact, I assumed there would be casualties, and likely…death.

I lay flat on my bed, closed my eyes, but remained wide awake. Outside my window, I heard recognizable voices and surmised that the team members had gathered beneath the concrete bunkers to take shelter. “Wow, look at that smoke,” I heard one of them say.

Curious, I sat up and looked out the window, trying not to be seen. The thick cloud was a hideous dark black and it moved across the horizon like a slow moving train bent on reaching a destination that was far from its point of origin. The plume loomed low just above the ground as if it was sneaking away from the scene of chaos.

Deciding to get out of bed, I slid myself to the edge of it and looked around the room. No rats. Good. Still in a sitting position, my legs dangling over my boots, I reached for my loaded .9mm pistol on the chair next to my pillow and removed the clip. Sleeping next to a loaded gun became a new habit for me when I arrived to Iraq in the middle of a war. My quarters stood approximately 100 yards from the barbed wire fence separating the military base to the wild frontier, simply referred to as, “Outside the wire”.

With a yawn, I slid my desert camouflage trousers over one leg and then the next, put on a clean pair of socks, and bent over to shake my boots upside down, dumping anything that may have crawled into them during the night. Convinced that it was safe, I methodically pulled them, one after the other, up over the bottom of my pant legs and laced the shoestrings at the top.

Thus, my feet were spared the cold linoleum floor as I ambled to the bathroom sink. I was in no hurry—the explosion sounded more like an Improvised Explosive device (IED) rather than a barrage of incoming rocket or mortar rounds. Leaning over the sink, I turned the running water on and splashed the cold wet liquid across my face and hair. It was refreshing to have such luxury in the desert.

I looked into the mirror and noticed the aging features behind the clear droplets sticking to my face. I felt that I had aged faster than usual during the past year. I was a forty-six-year-old man with piercing, yet compassionate, hazel eyes and I could not help but notice the shadows forming below them. I was growing weary…and for good reason. Unlike Desert Storm in 1991, when we confronted the enemy, took care of business, and came home, the picture for Operation Iraqi Freedom was rapidly fading to “bleak.”

By the Spring of 2004 it was apparent to me as a Contingency Contracting Officer, whose mission was to procure supplies and service support for the American soldiers, that there was a shift in the military philosophical strategy—one that indicated we were in this mess for years to come…and no doubt, at a great price. When the soldiers who first attacked Iraq in 2003 began leaving for home after their one-year tour of duty was complete, they were replaced with an increasing amount of soldiers…as well as a large influx of American contractors. Our service and support procurements were increasingly transitioning to massive base build-ups—swimming pool and theatre renovations, increased dining facilities and post exchanges…all clear indicators of long-term residence.

I did not want to contemplate the matter—it was too depressing to consider any further. As for me, I patted my face with a towel and forced a smile. I had a date—for home. Though it was still two months away, I looked up towards the heavens where my help came from and said, “Lord, may you continue to cover me beneath your wings and shield me from the fiery arrows from the enemy. Thank you. Thank you, Lord.”

You can purchase your own copy of Stone In A Sling at Pronoun.com or Amazon Here or Here

To add this book to your shelf on Goodreads, click HERE

Major (Ret.) Scott Meehan (1958-) was born in Baltimore, Maryland, to missionary parents. For twenty-five years he served in the U.S. Army, both as an enlisted soldier and commissioned officer. His first book, “Stone in a Sling,” is his memoirs covering a three-year tour to Berlin and four tours to the Middle East where he was awarded the Bronze Star for actions in Iraq.

Scott is a graduate of Webster University (MA) and Capella University (MBA) and currently serves as the Business Department Lead at City College in Altamonte Springs, Florida. A passionate educator and writer, he believes strongly in the importance of instilling strong multi-cultural ethical principles in today’s millennial generation.

In addition to his memoirs, Scott has published five other books. He is currently working on the “B100ks” series—short reads (100 pages) for readers on the go. Each mini-series continues into the next.

You can connect with this author and learn more about his books by following him on Facebook and visiting his website scottameehan.com